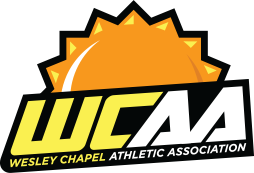 IN MEMORY OF HARRY OLSEN

Harry Olsen was a fixture as part of the Land O’ Lakes Little League program and a founding father and executive board member of the WCAA for seven years. His imprint on the community through his generous donation of his time and effort cannot be quantified at this time but surely will be in the coming years, as the children he coached, trained and fostered reach maturity and become the positive role models that he exemplified in his short time with us.

Harry leaves behind not only his lovely wife Sarah, his three children Harry IV, Grace and Anna, but a group of individuals, children and community members who were fortunate enough to be touched by his compassion, devotion and giving nature. Harry’s legacy is not only the growth and development of his own children but of the children of our communities as well.

A memorial fund has been established to assist the Olsen family in their time of need.  To contribute, you can go to any SunTrust branch and make a deposit to the Harry M. Olsen III Family Memorial Fund, Sarah Olsen Trustee.